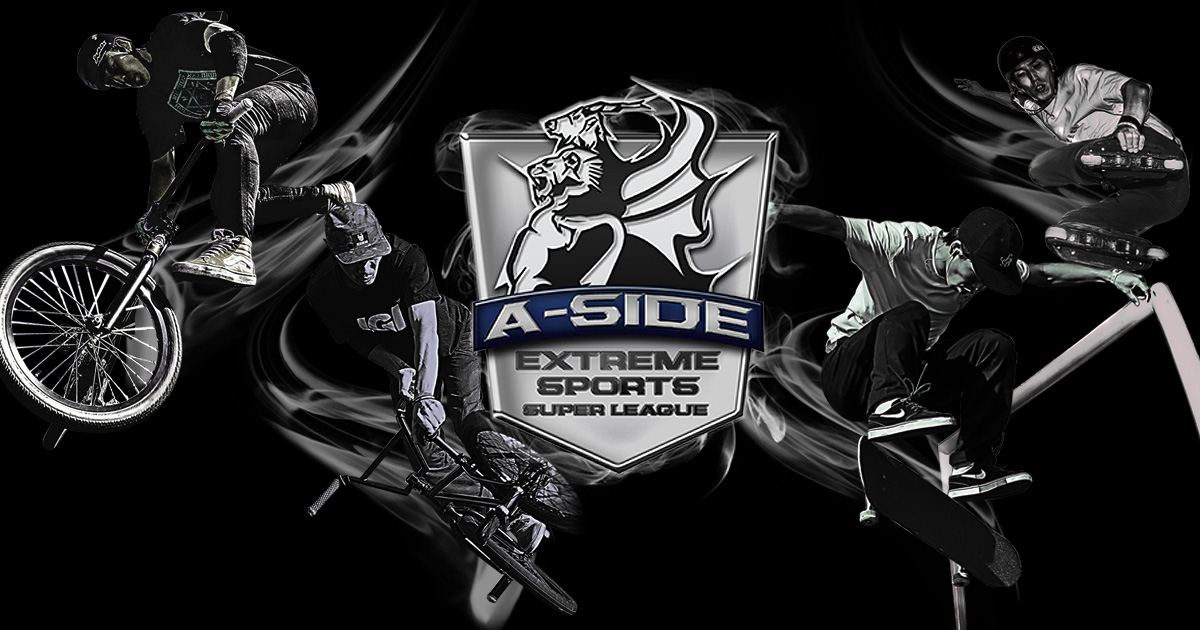 Four street sports attracting world attention are coming together at CHIMERA A-SIDE.
Three competitions will determine the finest street sports athletes in Japan. The fourth competition, called "THE FINAL," will be a dream match, pitting the winners of the three Japanese competitions against the top ranking athletes from around the world, invited by CHIMERA!

More and more attention is being drawn to these new street sports, and large tournaments are held overseas. The number of competitors and fans is growing, as is media interest. However, few street sports world championships are held in Japan. Japanese competitors must compete overseas in order to take part in world championships, and only a handful has placed highly. That’s why we’re holding CHIMERA A-SIDE. CHIMERA A-SIDE will be home to dream matches between top ranking athletes from around the world – matches that have never been seen before.

The first hurdle would-be competitors need to surmount are the three Japanese competitions. Athletes will compete for CHIMERA A-SIDE points. Only the top five scoring athletes will go on to the fourth competition, “THE FINAL.”

11 top-ranking players from around the world will also be invited as wildcards, competing in this special 16-person tournament.

A-SIDE competitors will vie for the largest total prize pool in street sport competition history: over ¥60,000,000! The 2019 competition will keep you on the edge of your seat.

The story of the name "A-SIDE"

The name “A-SIDE” comes from the A-sides and B-sides of cassette tapes.

CHIMERA B-SIDE is a fun tournament open to everyone, from juniors and beginners to top class athletes. It is a tournament integrated with the community, held in locations such as skate parks, not a large sporting event.

It’s not about the prize money, but the fun of taking part in a competition and meeting with fellow enthusiasts and supporters of the street scene.

However, no matter how well competitors do in Japanese competitions, even if they go on to take part in overseas tournaments, they are little recognized within Japan, and even if the number of people taking part in these sports rises, there isn’t enough of a foundation for them to make livings as pros.

Athletes wanted a tournament unlike any that had come before, with a solid foundation that would serve as a springboard to becoming a professional street sports athlete. A tournament that would entice young athletes and professional Japanese athletes alike. This is why we created “CHIMERA A-SIDE.”

The future of A-SIDE

CHIMERA A-SIDE will fuse the true joy, style, and drama of street sports with entertainment, making it fun for young and old alike, even those unfamiliar with tournament rules and categories.

In our modern information society, people often feel like they know about something despite never having truly seen or experienced it first-hand.

The number of people without future dreams is growing, and peoples’ interests are becoming narrower.

We hope A-SIDE provides an opportunity for these dreams.

We want people to be moved as they watch the athletes do their best, revel in their triumphs, and feel disappointment in their defeats.

We want as many people as possible to be able to experience the allure of street sports, and create new dreams for children.